Alcatel OneTouch unveils the Pixi 3 series and a smartwatch 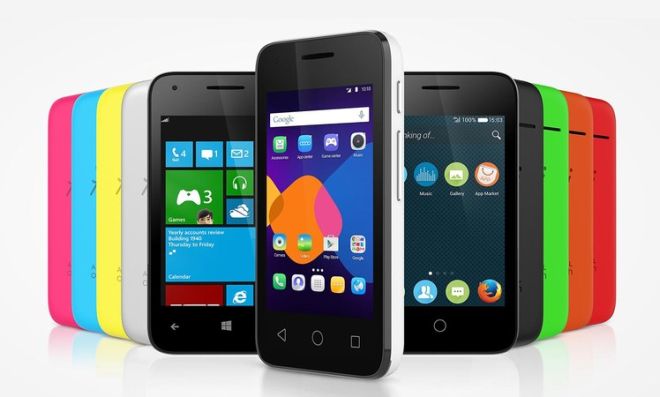 The new platform-agnostic smartphone series by TCL Corporation under the Alcatel OneTouch brand is called Pixi 3. The Chinese company is launching four Pixi 3 smartphones in May, claiming they will offer users three OS. That means three versions of each of the four new models will be available for orders – with Windows, Android, or Firefox OS pre-installed.

The new OneTouch series includes a 3G capable 3.5-inch smartphone, and three LTE-capable (4, 4.5, and 5-inch) models, all at attractive affordable prices. Other details about the smartphones are yet to be unveiled, but visitors at CES next week will be able to see fully working prototypes.

A phone capable of running many OS is not something new, but Pixi 3 is the first series to support three mobile platforms. Bear in mind that if you order an Android model you won’t be able to change the OS to Windows or Firefox at a later stage.

Another new product by TCL, called Alcatel OneTouch Watch, offers classical and elegant watch design at an affordable price. The new WATCH is loaded with sensors for tracking daily and fitness activities, and can connect to an Android phone so users can control music, see notifications, and perform other simple tasks.