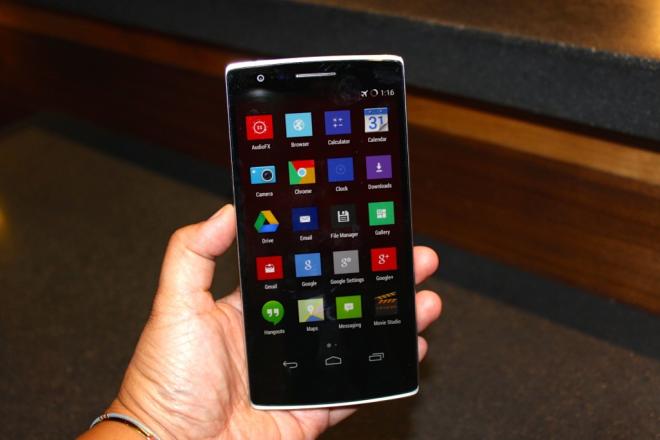 Snapdragon 810 with 4 Gigs of RAM expected

A new set of rumors about the OnePlus successor has been making the rounds after CES. Popular Chinese manufacturer, famous with its low-priced, though still high-end smartphone OnePlus, is now preparing the release of an updated version allegedly called simply ‘Two’. While we are waiting for some official information emerging within a month’s time, GizChina has posted new findings, though still not supported by a secondary source.

OnePlus Two reportedly has a 5.5-inch display, or the same size as the first version. Despite complaints about being too large and uncomfortable to hold, the company has decided to keep the same size for the second OnePlus though you can expect a bit smaller device because of slimmed down bezels on the sides. The screen resolution remains 2k which is still more than enough for a premium smartphone.

The second part of the article discusses the processor and some other specs of the OnePlus Two. According to GizChina, the phone is loaded with latest 64-bit Snapdragon 810 processor and has the great 4 Gigs of RAM to support the daily operations.

Other rumored specs are the 3300 mAh battery inside, and a custom version of Android Lollipop 5. Unknown sources suggest that Two will have a slightly higher price and it could be produced in larger quantities. As you probably know, the company is facing difficulties meeting the demand for the smartphone, which quickly gained huge popularity around the globe.

Now, the second variant, OnePlus Two, should be widely available for purchase online for all who want a cheap yet powerful smartphone with high-end specs and latest Android version. The phone could be announced around MWC in Barcelona in early March.