In a durability test with a hammer, the table collapses before the Apple Watch Ultra 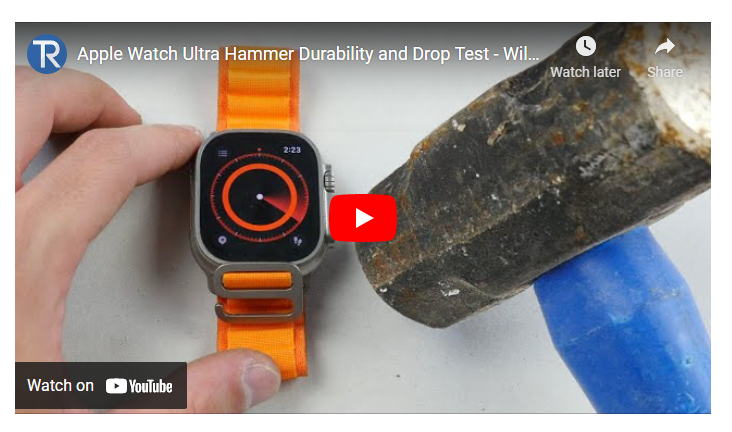 At the Far Out event on September 7th, Apple also unveiled its Watch 8 series, iPhone 14 line, and Watch Ultra. The Apple Watch Ultra is the most robust and durable Apple Watch to date, the Cupertino titan says. Now, a well-known YouTube channel called TechRax tests the Apple Watch Ultra’s durability claim. The YouTuber tests the Watch Ultra’s sapphire crystal protection by dropping it, bashing it with a jar of nails, and hammering it repeatedly in a 4 minutes, 34 second video.

The Apple Watch Ultra is dropped in the opening scene of the video from a height of about four feet. The Watch was mostly undamaged, save for a few minor dents on the shell. The Watch is then placed inside a jar filled with nails, and the container is shaken. Once more, the Watch Ultra is unscathed upon arrival.

The Apple Watch Ultra’s display didn’t sustain much damage from those strikes, but it soon ceased reacting. This inability to boot could be caused by internal components that have been damaged repeatedly and suffered losses. The watch is then smashed by the YouTuber until the glass is completely broken.