A Smartphone Desktop Setup: Are We There Yet? 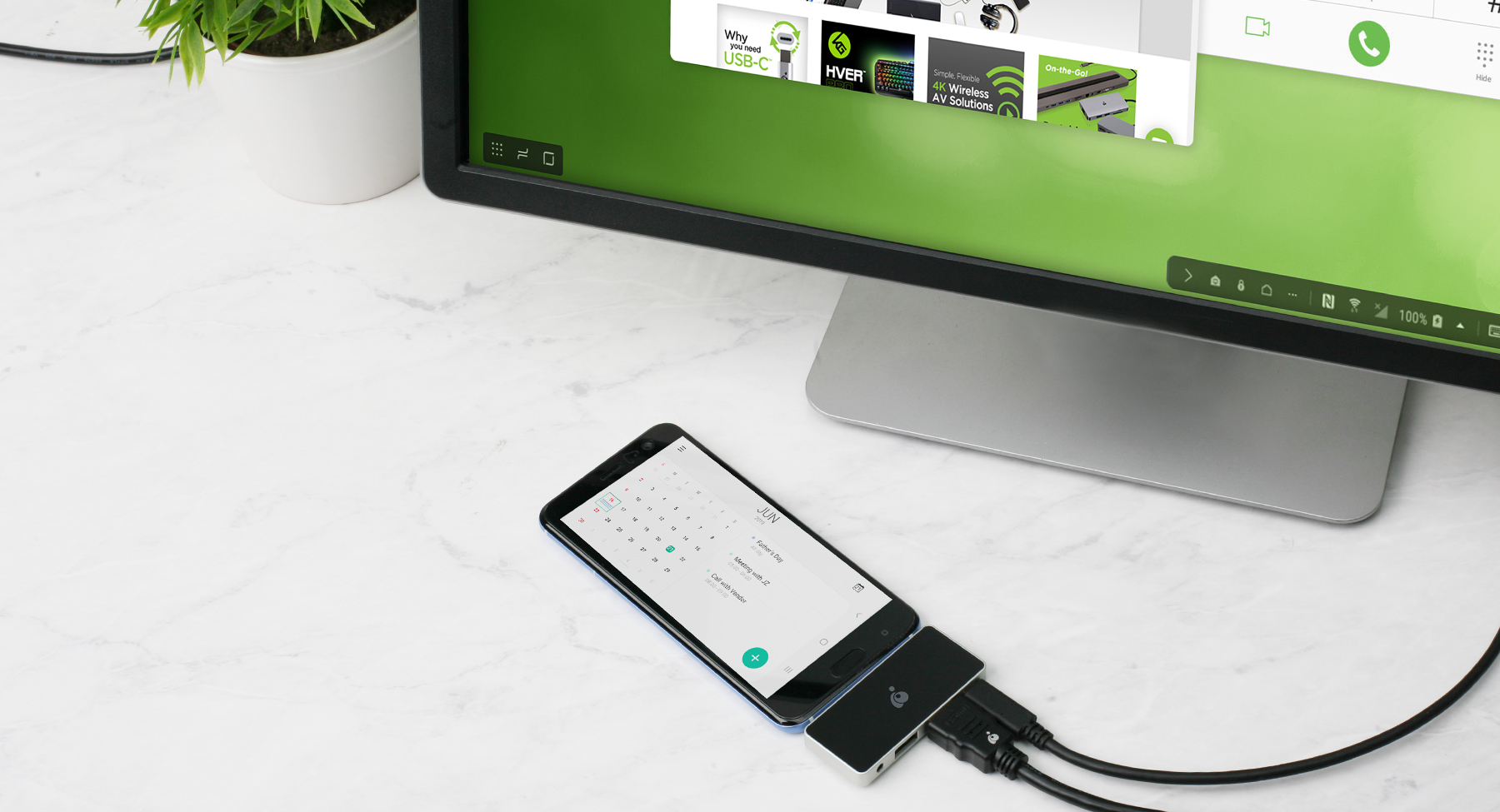 If you Googled “smartphone as desktop computer” a few years ago, you would have seen a bunch of articles discussing how you can use a custom Linux distribution to turn your Android phone into a PC, or how a custom launcher can make adding a larger screen worth considering. Smartphone as a replacement for a laptop or a desktop computer was an appealing idea with bad execution.

Today, however, that possibility is more interesting than ever. Samsung has its Dex experience refined enough that you can viably use an Android phone as a working desktop computer. Other options, such as using Chromecast to stream content or games, are just as interesting. Is it time to start taking the idea of a smartphone desktop setup seriously?

More Capable Than Ever

There is no doubt that today’s smartphones can run desktop-class apps. By desktop-class, we mean you will get a similar experience as desktop applications without the full-cream computer powering those apps. The mobile processors inside modern smartphones can even run heavier apps such as Adobe Lightroom and Photoshop.

What’s missing is the desktop experience; when you connect your smartphone to a larger monitor and a keyboard-mouse combination, you still don’t get that smooth multitasking UX that desktop computers offer. This is more a limitation of the operating system than an actual resource shortage of smartphones.

Still, companies are taking steps to change that. As mentioned before, Samsung Dex is probably the closest one to bringing a full desktop experience with their smartphones and tablets. Dex doesn’t just show apps on a larger monitor. It transforms the behavior of Samsung’s UI so that the smartphone can really function like a desktop computer.

More Gears to Choose From

The supporting devices that will power smartphone desktop setups are also becoming more interesting. The latest monitors from Lenovo, for instance, now come with USB-C input ports that also double as a USB hub, so you only need to connect one cable to turn your smartphone into a desktop device with more flexibility.

That extra USB hub function also means you can connect a wired keyboard and mouse for a single cable setup. The same setup works for laptops that have a USB-C port as well as tablets like the Samsung Tab S8 and the Apple iPad Pro M1. The latter even has a feature developed specifically for this use case, the Stage Manager.

Not Quite There Yet

That brings us back to the original question: is using a smartphone desktop setup something we can do today? Yes and no. Yes, you can run productivity apps and do serious work by connecting your smartphone to a monitor, keyboard, and mouse. However, you cannot expect the full desktop experience yet. Your phone will only run smartphone apps too.

Yet, we are closer than ever to being able to do that. If the Apple Silicone release tells us anything, it’s that the gap between smartphone and desktop SoCs is getting smaller. It is not up to the operating systems, both Android and iOS/iPadOS, to also bridge the gap from a UX standpoint. We may start seeing mobile devices that double as the brain of desktop setups sooner than we think.