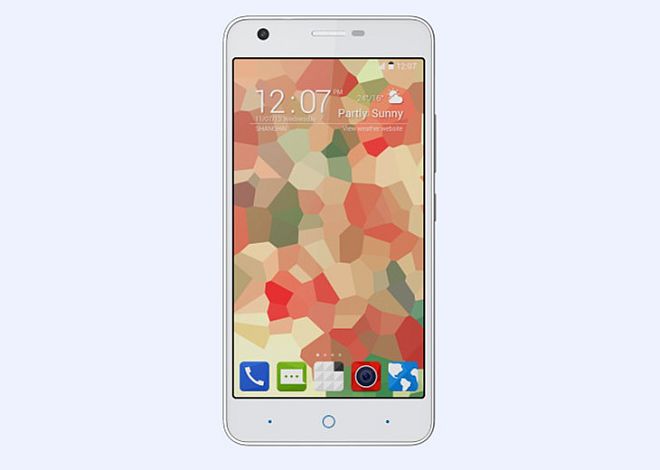 The new smartphone for China Telecom from ZTE has been unveiled in the country. Named ZTE G719C, the new model features a 64-bit processor by Qualcomm.

Snapdragon 610 CPU will be powering the smartphone, which runs at 1.5 Ghz and supports LTE bands. The supported speeds are up to 150 Mbps for download and up to 50 Mbps for upload.

ZTE G719C is running a custom version of Android, with ZTE’s own user interface and tweaks. This 64 bit smartphone is fronted by a big screen that measures in at 5.5 inches across the diagonals. This is an LCD screen with a resolution of 720p or HD (not Full HD). It is interesting that the phone features capacitive buttons below the display panel.

Other known features of the ZTE smartphone for China Telecom include a 13MP rear camera. It features a CMOS sensor and LED flash. Up front is a selfie camera that works with a 5-megapixel sensor for quick snapping and sharing of your photos on social media websites.

The new ZTE G719C works with two SIMs and has a microSD slot. The internal storage is just 8GB, but of course, you can expand it by sliding a cheap storage card in the microSD slot. Other notable specs of the phone include 2 Gigs of RAM, NFC support, and a decent 3000 mAh battery.

So, this looks like another mid-range device with a very low price for the ever expanding local Chinese market. Besides the launch through China Telecom, ZTE may decide to release the smartphone in some other markets later in 2015.