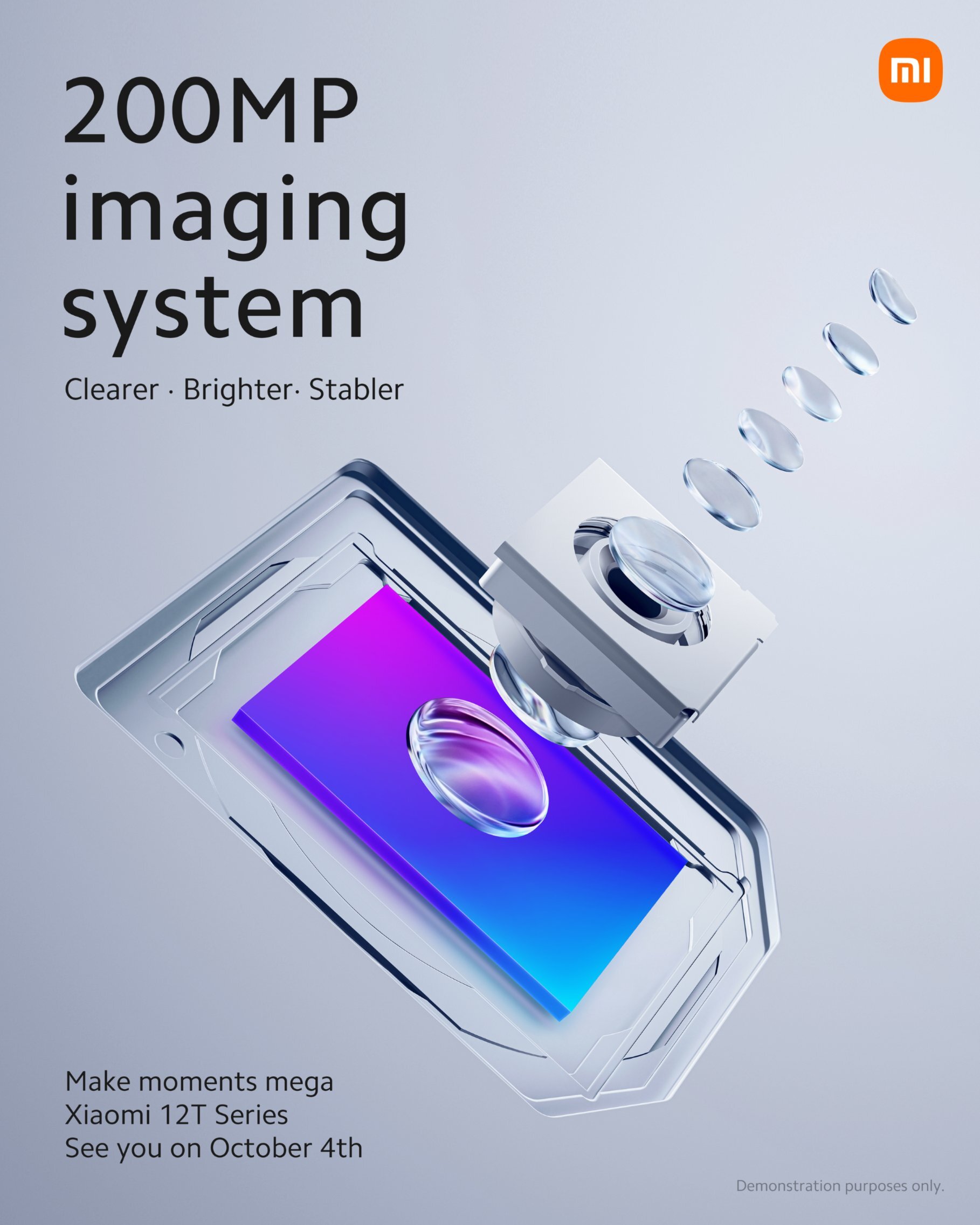 The global debut of Xiaomi will take place the following week. The brand will be on stage in European markets on Tuesday, October 4th, for an event with the theme “Make moments mega.” The marketing slogan appears to refer to the company’s future flagship device, the Xiaomi 12T Pro, which has already been identified in a leak of the same teaser picture. As a result, the company’s first 200MP camera phone and the Xiaomi 12T series launch event are both scheduled for October 4.

The all-new #Xiaomi12TSeries will officially debut in our #XiaomiLaunch on October 4th!

A new Redmi Pad and a new Redmi TWS will also be unveiled during the event, according to rumors, along with the Xiaomi 12T flagship series. Two variants are anticipated for the Xiaomi 12T series: the entry-level Xiaomi 12T and the premium Xiaomi 12T Pro. There will still be time before the same devices are introduced to the Indian market because the launch is clearly marked for the global market.

The occasion demonstrates Xiaomi’s effort to expand the number of premium and flagship smartphones it offers in markets other than its native China. For example, the business has provided products like the Xiaomi 11 Ultra and 12 Pro, which start at a price of Rs 69,999 and Rs 62,999, respectively.

The Xiaomi 12T Pro is anticipated to be powered by a Snapdragon 8+ Gen 1 SoC, which is currently the standard for premium smartphones, as one example of what the devices at the launch event may provide. It has previously been shown with an 8GB RAM edition, but more versions with 12GB memory or more and 256GB of internal storage or more may also be offered.

Other features include a 20MP front camera, a 200MP triple rear camera, a 6.67-inch full HD+ AMOLED display with 120Hz refresh rate, and a 5,000mAh battery with 120W rapid charging. There should also be other features like speakers with the Harman-Kardon logo and a display that has Dolby Vision certification.

The Xiaomi 12T, on the other hand, is anticipated to use the MediaTek Dimensity 8100 SoC and include a 108MP triple back camera.