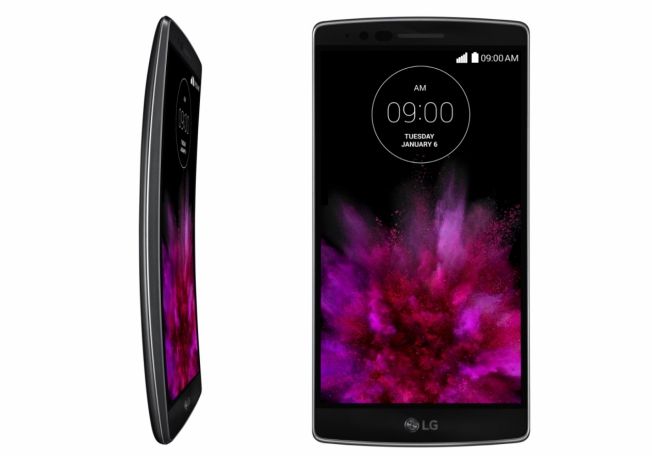 LG is unveiling at CES its second generation flexible smartphone dubbed G Flex 2. The phone comes with some improvements over the previous G Flex generation and a smaller screen. LG G Flex 2 features a 5.5-inch Full HD (1080p) curved display with a pixel density of 403ppi while the first model has a 6-inch screen with a 720p resolution. According to LG, the display of the G Flex 2 is 20% stronger than the glass used in the previous model. The design reminds of the LG G3 with slim bezels and there will be two color variations – Platinum Silver or Flamenco Red.

Another major improvement is connected with the processing power and here we have the latest and fastest Snapdragon 810 – a 64-bit processor equipped with eight cores.

The remaining specs do not impress much though certain improvement are admirable. For example, the main camera is again 13MP but this time equipped with OIS so you should expect slightly better performance in low-light scenes. There will be two versions of the model according to the onboard storage – with 16 Gigs and 32 Gigs loaded, both expandable via microSD slot. LG G Flex 2 if fueled by a 3000 mAh battery, compared with 3500 mAH for the first model.

LG is going to release the G Flex 2 in South Korea in a month’s time, while other key markets like Europe and US will follow in March/April after the Mobile World Congress in Barcelona. Further details including information about pricing will be shortly published.