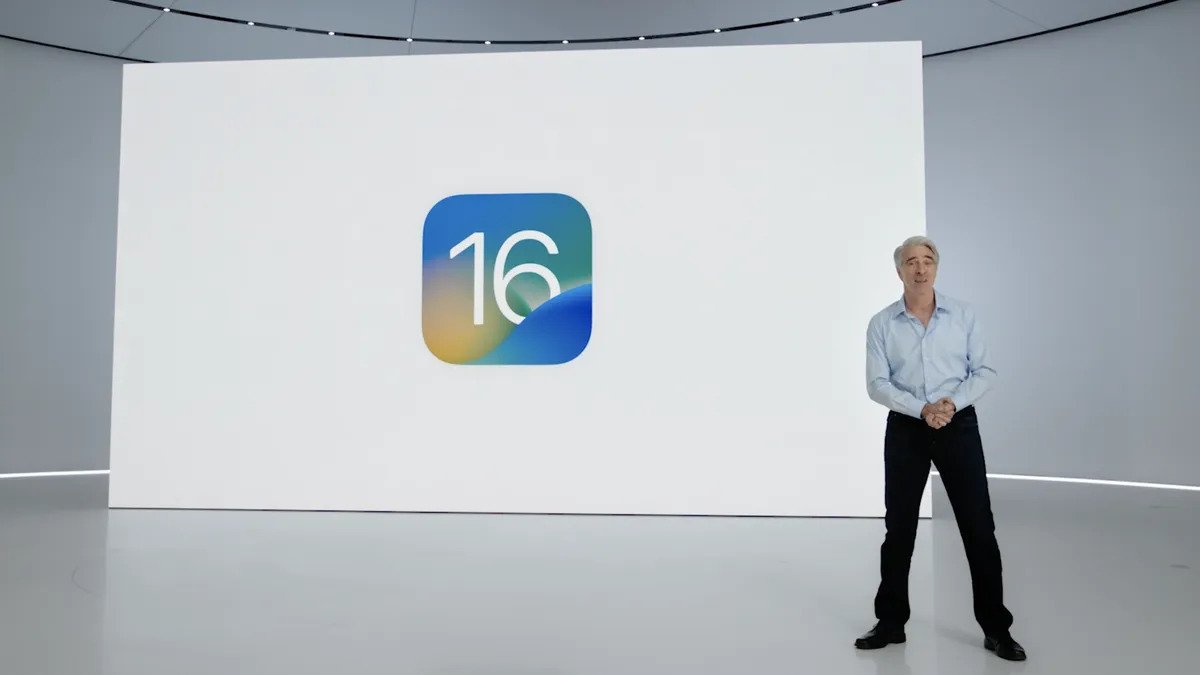 Apple has been releasing beta versions of iOS 16 for customers and developers to test from the time the corporation unveiled it at its WWDC keynote in June. iOS 16 is the operating system that powers the iPhone. A much-missed feature for some iPhone users is now returned in Apple’s sixth and most recent public beta for iOS16: a percentage figure within the battery icon that displays your iPhone’s precise battery charge.

After the Apple “Far Out” event on Wednesday, iOS 16 is expected to be made available to anyone with compatible iPhones along with the much rumored iPhone 14.

Although the details of the final software are unknown, the iOS beta reveals various improvements centered on privacy, customization, and communication. The iPhone lock screen, Messages app, and Wallet will all see significant improvements, but iOS 16 also has some less well-known features that are worth exploring.

iPhone 8 models and newer will be compatible with the new software.
You should be aware of every feature in iOS 16 listed below:

Edit messages and “unsend” them

As he unveiled three of the most requested additions for the Messages app, Apple SVP of Software Engineering Craig Federighi said, “Embarrassing errors are a thing of the past.”
You will be able to edit sent messages in iOS 16 first. You can therefore amend a message after it has been sent if you discover a typo. Under the message on the status, a little “edited” appears.

Next, you can instantly recall a message that has already been sent. Using the Undo Send function will allow you to stop a message from being read and, ideally, make it appear less chaotic to your friends and family if you mistakenly send an incomplete message.

You can flag threads and messages as unread. When you don’t have time to answer to a message right away but want to make sure you revisit it later, this could be a great tool. 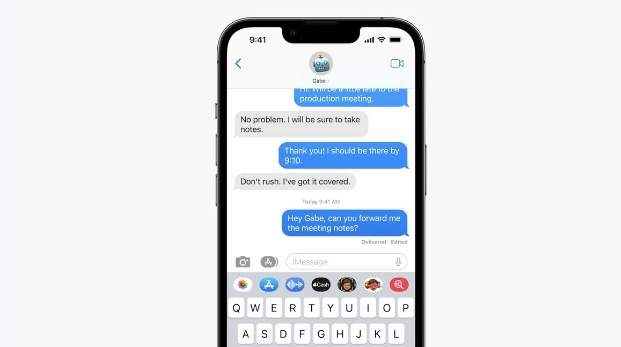 A new lock screen that can be customized

Especially if you have an iPhone with Face ID, one of the things you look at the most on your iPhone is the lock screen. The lock screen on the iPhone has undergone the biggest overhaul to date with iOS 16. Hold down the button to change your lock screen. To test out numerous different looks, swipe. Each design modifies the typography and color filter for the lock screen backdrop photo in order to make everything blend together. Similar to Google’s Material You, which debuted with Android 12, this has an Apple vibe to it. 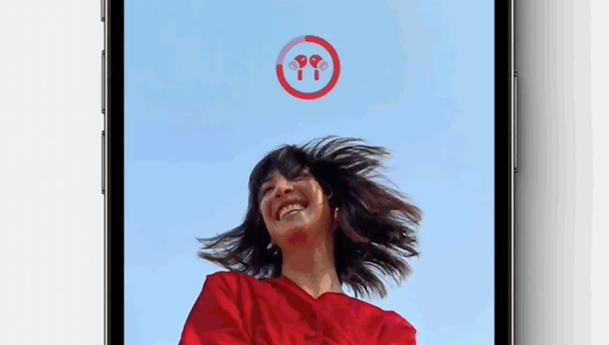 Additionally, you may change the typefaces used for the time and date as well as add lock screen widgets like a calendar, activity rings, and a thermometer. The widgets resemble complexities on the lock screen of the Apple Watch. 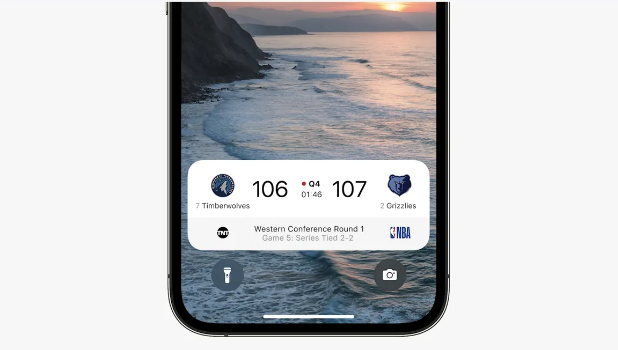 Because notifications can occasionally obscure the picture on your lock screen, iOS 16 places notifications to the bottom of your display. Instead of being organized into a list as you receive them, they show as a vertical carousel. This should make using your iPhone with one hand more easier and improve its appearance.

Additionally, iOS 16 tries to fix a different notification issue. Sometimes a single app will send you a series of notifications, such as the result of a basketball game. Instead of receiving a constant stream of interruptions, a new tool for developers called Live Activities makes it simpler to keep on top of events occurring in real time from your lock screen.

It should be simpler to track sporting events, workouts, or even the progress of an Uber ride thanks to it.

A necessary evil on the internet, CAPTCHA stands for Completely Automated Public Turing Test to Tell Computers and Humans Apart. CAPTCHAs are used to confirm that a human, not a robot, is accessing a website or service. They frequently require deciphering oddly spelled letters or locating all the pictures that feature trucks, which is why I find them annoying. Apple intends to start using Private Access Tokens in place of these unpleasant interactions with iOS 16.

Websites that support Private Access Tokens will essentially log you in and verify that you are a real human without you having to play any of the standard CAPTCHA games, according to a video on Apple’s website displaying the tokens. We can’t say the CAPTCHA will be obsolete once iOS 16 is released to the general public because Apple claims in the video that the company is collaborating with other businesses to expand support for this functionality. But if the idea is implemented, it might offer some relief.

In addition to more security and privacy features, your Wallet app will also support ID cards from more states. Additionally, you can safeguard your identity and age using iOS 16. The Wallet app will therefore display your ID and the fact that you are over 21 rather than your precise birth date.

With apps like Mail and Messages, iOS 16 makes sharing keys simpler. Your friend can add the key to their iPhone’s Wallet app after they receive it. Apple stated that it is aiming to ensure that shared keys are a common practice and available to everyone. 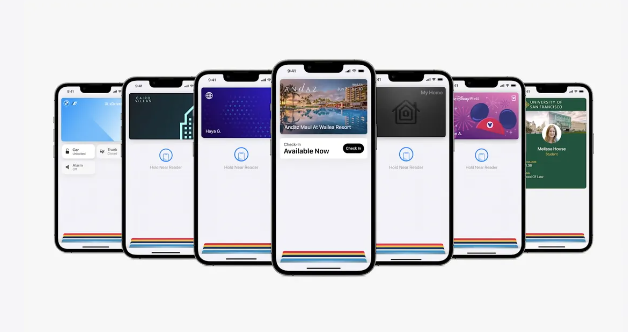 With the addition of Apple Pay Later, a service similar to Klarna that allows you to divide the amount of an Apple Pay transaction into four equal payments over the course of six weeks with no interest or penalties, Apple Pay will support new payment types. The Wallet app allows you to handle upcoming payments, making it simple to keep track of due dates and payments.

But Apple Pay goes further than that. You can now track Apple Pay orders thanks to a new feature that also enables retailers to send out thorough receipts and tracking data. The status of all of your orders should be easy to keep track of as a result.

Tap and drag images in Visual Look Up

With the help of your images, Visual Look Up in iOS 15 can recognize things like dogs, plants, and famous buildings. The enhancement of this is made with iOS 16. You can remove a photo’s subject, like the dog in the picture above, from the background by touching it, and then add it to programs like Messages. In short, it’s a tap-and-hold tool that gets rid of the background from a picture. 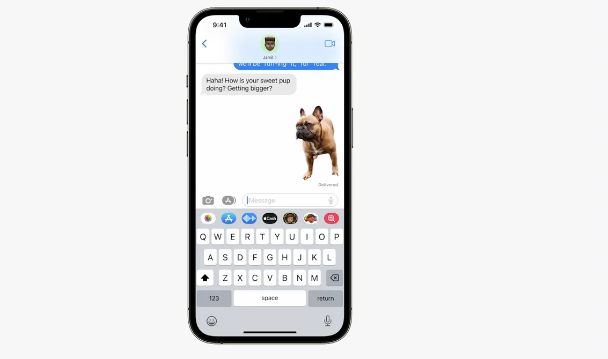 With the new iOS 15 feature SharePlay, you may share an experience with a friend over FaceTime. You can do things like watch TV shows and listen to music simultaneously. With iOS 16, you can use FaceTime to find more apps that support SharePlay.

However, the fact that Apple made SharePlay work in the Messages app was definitely one of the coolest things they did for SharePlay. This was one of the top requests from app developers, according to Apple. You can now start SharePlay with a friend while chatting in Messages when you wish to watch a Disney Plus movie together. 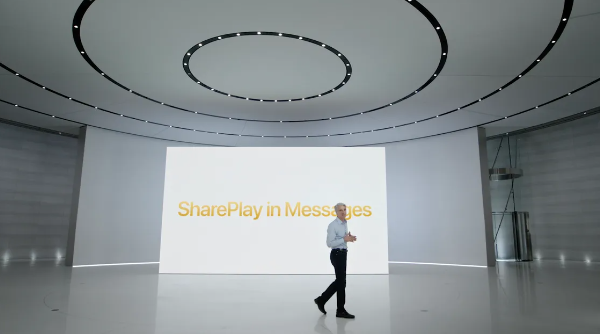 A new function called Safety Check is designed to help those who are in abusive relationships. It enables you to review and change an iPhone’s passwords, messages, and other apps’ access rights to location data. 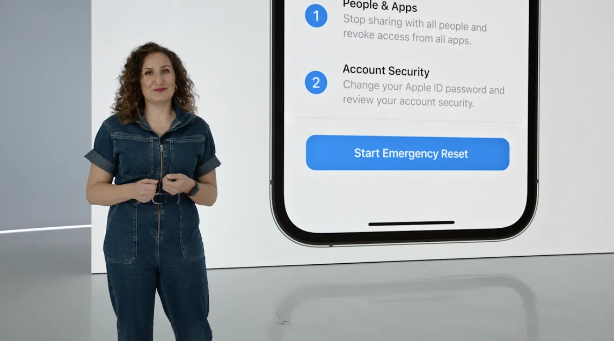 Updates to focus mode are many. The first incorporates Focus behaviors into lock screen appearances and widgets. As a result, you may set up two lock screens: one for work focus and the other for exercise.

With the addition of particular Focus filters, apps on your iPhone can now use the Focus mode. For instance, depending on the Focus mode that is selected, you can restrict the tabs that are displayed in Safari.

Many updates will be made to the maps. Trips with up to 15 different stops along the way can be planned. You can share a trip you’ve started planning on your Mac to your iPhone using the Maps app.

The ability to view transit price predictions and top off a fare card from within Apple Maps is similar to what Google introduced for Google Wallet in Android 13.

iCloud now has a number of new features. The possibility to swiftly set up a new device for your youngster is one of the most intriguing ones. You can choose a user for the new device and activate all of the parental controls you’ve previously chosen and set up when Quick Start appears.

A new family checklist is available that offers advice on how to update settings for your children as they become older, such as a reminder to check location-sharing options or share your iCloud Plus subscriptions.