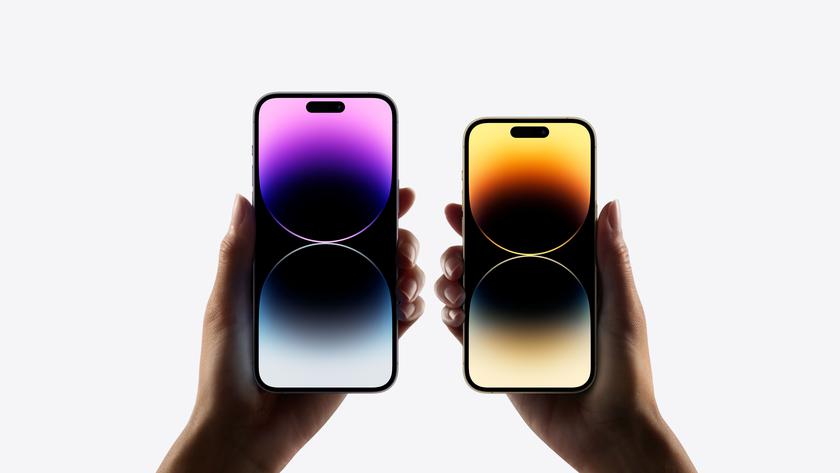 The Chinese social networking site Weibo and MySmartPrice both made the Antutu scores for the iPhone 14 Pro and Pro Max available to the public.

The top models, with 1TB of storage and 6GB of RAM, are those mentioned in the post. 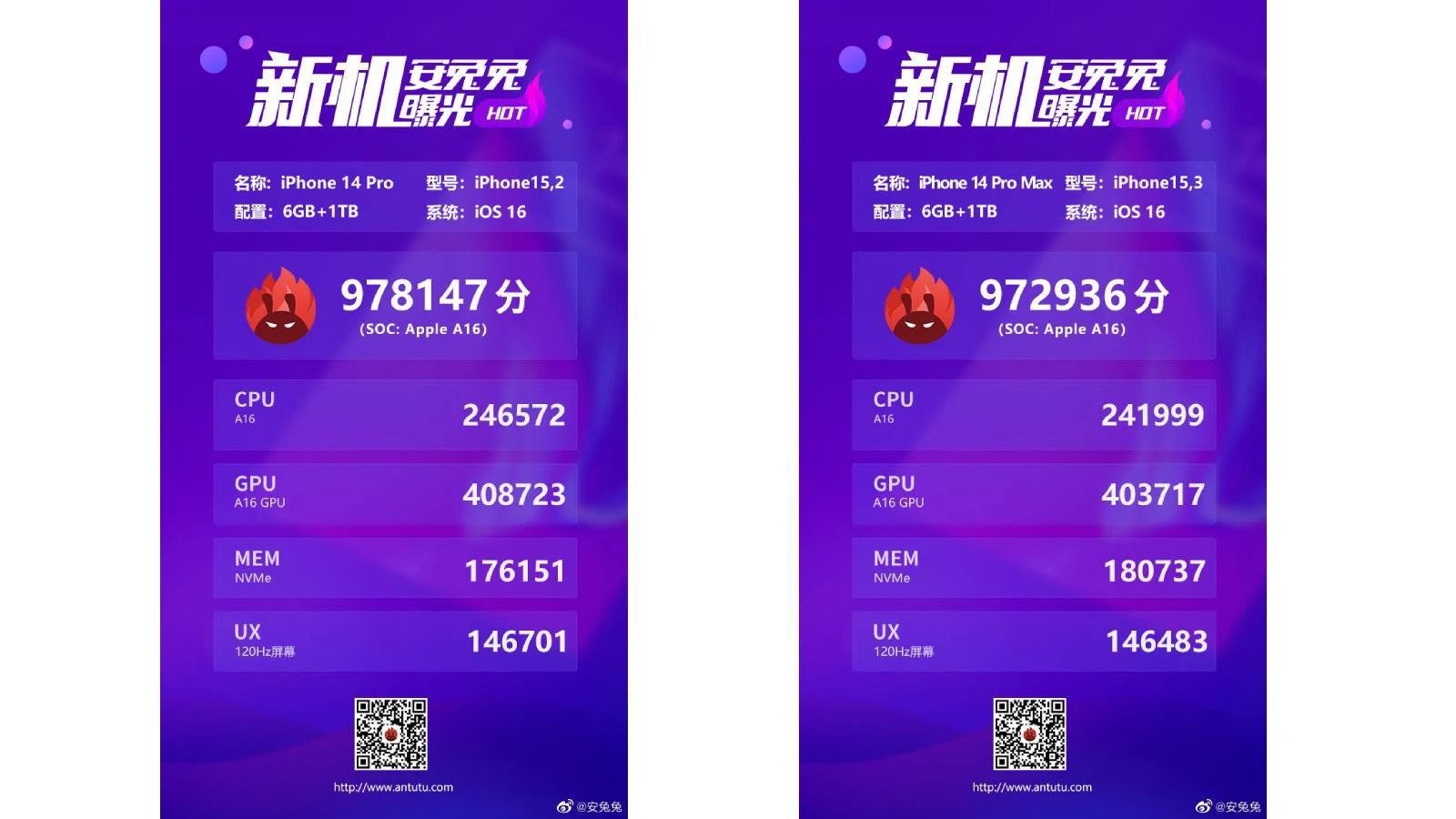 The CPU performance has improved by about 17% in contrast to earlier Geekbench results, which is a more positive result.

We anticipate more than a slight performance gain due to the A16 Bionic’s significantly more sophisticated 4nm processing technology compared to the A15 Bionic’s 5nm process.

The report states that the Antutu result shows the biggest GPU performance boost in recent years, a 28% improvement in GPU performance. However, that isn’t always the case, as a test conducted last year revealed that the GPU in the A15 Bionic was 52% better than that of its predecessor, though that test was carried out in a different way, so the results cannot be accurately compared.

The major point is that Apple seems to be concentrating on GPU upgrades at the moment, probably since the CPU is already fast enough and the last two generations of iPhone Pros had a lot of enhancements that were aimed toward graphics, such a 120Hz screen and extra camera hardware and functionality.

It’s kind of interesting that Apple has subtly placed more emphasis on its GPU, since there was a lot of buzz about Samsung and AMD’s GPU collaboration but the GPU didn’t quite live up to the hype, and it appears that those efforts are starting to pay off.

The A16 Bionic includes five more CPU cores in addition to two high-performance Everest cores and four high-efficiency Sawtooth cores. Apple claims that the A16 Bionic’s CPU is now 40% faster than premium CPUs powering the best Android handsets. A 5-core GPU with 50% more memory bandwidth also comes with it. 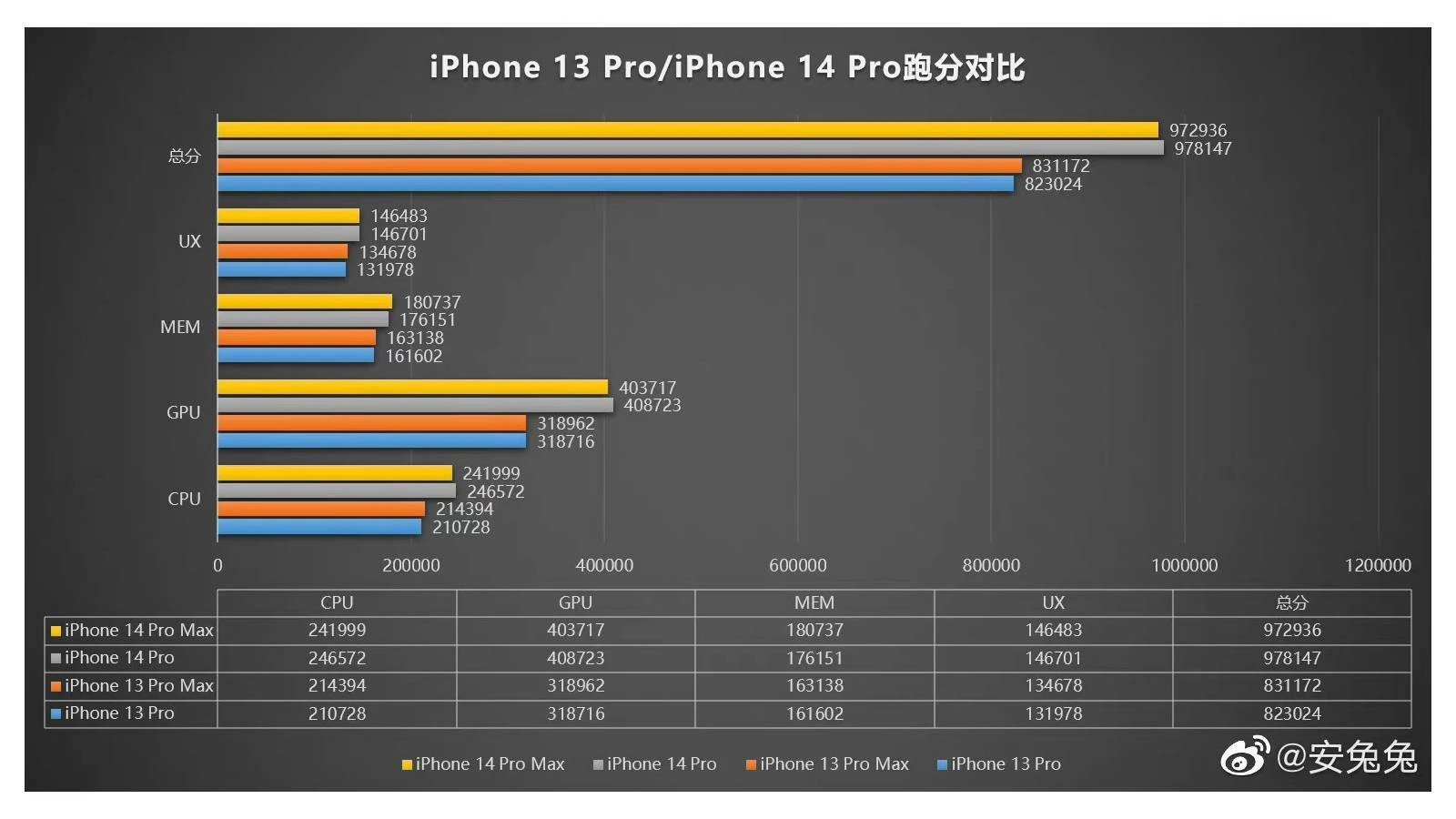 Furthermore, although benchmark scores are used to assess performance, they have a stronger association to the fastest theoretical performance than they do to user experience.

Despite the fact that Apple dominates most SoC benchmarks, it is best to keep your expectations low. AnTuTu is a thorough system benchmark, though, and it’s great to see that theoretical capabilities have grown.