Jolla reveals the first Sailfish OS smartphone, hits Europe before the end of 2013 Another alternative of Android is making its way to the market. The Finnish company Jolla has just revealed its newest creation. The new Jolla phone, unveiled ahead of today’s event in Helsinki, will run the Sailfish operating system and as you can see on the pictures the design is a new and refreshed, compared with what was announced in November last year. Back then, Jolla introduced Sailfish OS showing just a number of elements like the home screen, share buttons and the pulley menu. Sailfish OS is based on the open source system Mer, designed for phones, tablets and other devices. The platform was used from Nokia as a part of another alternative operating system called MeeGo, which was abandoned when Nokia embraced the Windows Phone platform.

Now let’s see what the new phone can offer. First, it comes with a 4.5-inch Estrade display and a dual-core processor, which is yet to be specified. The internal memory will be 16 GB, but you can expand it by microSD card. Jolla’s phone will have an 8-megapixel main camera and a secondary one in front. Jolla will support 4G and has a removable battery. The “Other half” will allow you to change the back shell of the phone and change the main color – Jolla will offer customizable shells in different colors which you can easily clip onto the phone’s back. Currently, you can see only three color options on Jolla’s site, but more are expected to follow. Moreover, the software can be customized changing the tones, fonts and colors to match the shell clipped onto the back.

The new Jolla’s phone is expected before the end of 2013 for a price of 399 EUR. The Finish Company offers different pre-order packages for the most impatient customers – like 100 EUR vouchers knocking off the price, T-shirts and priority pre-orders. Jolla will reveal even more details later today during the Jolla LoveDay in Helsinki. Stay tuned to find a wealth of additional details about Jolla. 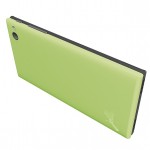 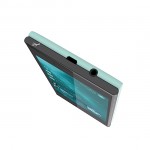 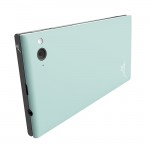